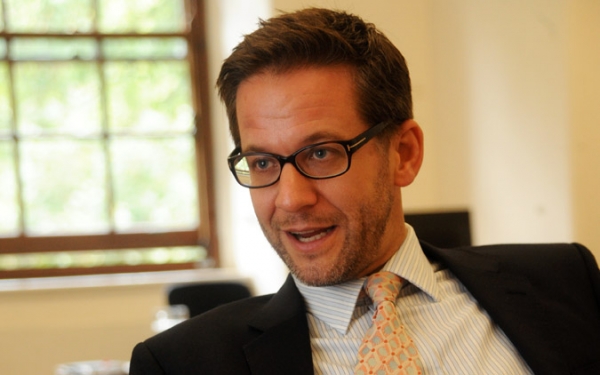 Richard Heaton has today been announced as the new Permanent Secretary at the Ministry of Justice by Sir Jeremy Heywood, Cabinet Secretary and Head of the Civil Service.

Richard, who is currently Permanent Secretary at the Cabinet Office and First Parliamentary Counsel, will replace Ursula Brennan, who is retiring from the Civil Service. Prior to the election, Ursula had informed the Cabinet Secretary and the previous Justice Secretary of her intention to retire, but she agreed to time her departure in order to ensure a smooth transition.

Richard is moving from the Cabinet Office, where he has been Permanent Secretary since August 2012. Richard’s appointment has been made by the Cabinet Secretary and approved by the Prime Minister and by Sir David Normington, the First Civil Service Commissioner.

Ursula will remain Permanent Secretary until her departure during the summer recess, but the handover period will start shortly.

“Richard is an inspirational leader who brings a combination of experience in leading organisational change from his role in the Cabinet Office and legal expertise from his time as First Parliamentary Counsel and his previous legal roles, both inside and outside the Civil Service. This makes him uniquely placed to steer the Ministry of Justice successfully through the changes of this Parliament. I look forward to continuing to work closely with him in his new role.

“I would also like to take this opportunity to thank Ursula for 40 years of dedicated public service. She has made a tremendous contribution across a wide range of departments and agencies, most recently in the Ministry of Justice as Permanent Secretary. She is widely admired as a role model throughout the Civil Service and has worked tirelessly to promote and inspire a generation of leaders. She has been a greatly valued Permanent Secretary colleague and I wish her all the best for the future.”

“I am very pleased to be moving to the Ministry of Justice. The subjects addressed by the department - law, justice, prison reform, rehabilitation - are where I have spent much of my working life and they are close to my heart. I am looking forward to working with the MoJ’s ministerial team and to leading the department’s very many talented and committed people through the next period of reform and transformation.”

More in this category: Funding your legal Case – Do not waste your hard-earned and taxed cash »
back to top